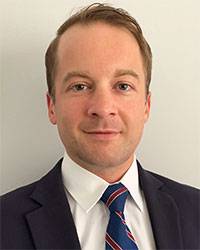 Stephen is a litigator with extensive experience in all aspects of complex civil litigation. He has represented clients in federal and state court in a wide variety of disputes and has represented companies and individuals in responding to investigative subpoenas from government entities.

Before joining Esbrook P.C., Stephen worked at Jenner & Block LLP for more than ten years, first as an associate from November 2009 to December 2015, and then as a partner from January 2016 to September 2020. Before working at Jenner & Block, LLP Stephen served as a term law clerk to the Honorable James S. Gwin of the United States District Court for the Northern District of Ohio.

As a practicing lawyer, Stephen has authored numerous articles, and his writing has been cited in law journals as well as by the Iowa Supreme Court and the United States District Court for the Eastern District of Pennsylvania.