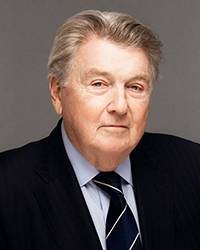 C. Barry Montgomery is a renowned trial lawyer and strategist. He focuses his practice on complex commercial litigation, product liability, class actions and construction litigation, as well as directors’ and officers’ liability and professional liability litigation. He is an active trial lawyer who has tried more than 150 jury trials to verdict in state and federal courts throughout the United States.