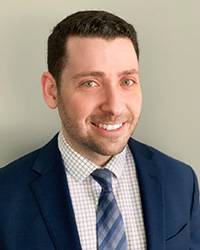 David is a skilled litigator who has represented clients in a wide range of litigation in both the trial court and appellate levels in numerous state and federal jurisdictions. He has extensive experience in complex commercial litigation, consumer finance litigation, class action defense, and business litigation. David has served as first chair trial counsel for his clients and has won critical victories in many high-stakes disputes.

David has a track record of success in defending several well-known organizations in litigation arising out of various state and federal consumer protection laws. In addition, David has significant experience in both defending and prosecuting various complex commercial litigation matters related to disputes between merchants in various industries. David is also a skilled negotiator, using an even-handed approach in negotiating favorable settlements in a significant number of matters he has overseen.

Before joining Esbrook P.C., David was a litigation attorney at Winston & Strawn LLP. David has been recognized as a “Rising Star” by Super Lawyers Magazine in Illinois.